Save 30% on any Shed Plan Purchase! I had a workman build a pair of shed doors to replace an ill-fitting garage door in my old barn installed by a previous owner.

They look very nice, just like your drawing of the double crossbuck doors. However, the doors are warping, especially the one on the right--it's warping out at the top--you can see the top of the doors at their center they're closed.

I guess it has something to with the inside of the door being a solid piece of plywood and the outside bottom half has the crossbuck and some extra plywood to imitate beaded board on the upper half. More wood on one side than the other--would that be why the doors are warping? He said something about installing 'angle irons."

He installed a black (imitation cast iron, like the hinges) piece of metal shaped like an "L" (is that an angle iron?") and drilled a hole in the asphalt to twist and insert the iron. Keeps the left door closed when the right door was opened. I would try to fix it myself, but I'm not sure what angle irons are or which to use.

I was so frustrated that I thought about nailing a piece of wood above the center of the doors on the frame with a single nail & a spacer so that I could twist it over the top to keep the doors closed (like I would close Grandma's old pie safe doors!) or a slide latch like the ones used inside home or apartment doors with a chain (I wouldn't use the chain.)

But then the bottom side that wasn't anchored to the ground (the right) would warp. What do you suggest? I think my pictures might explain better. 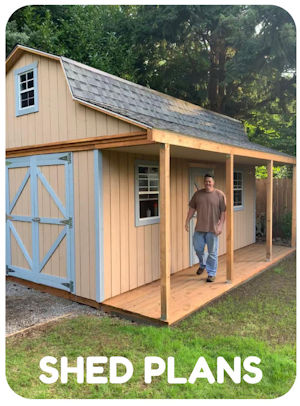 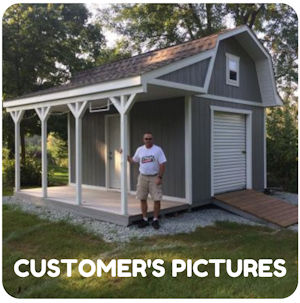 My You Tube Videos 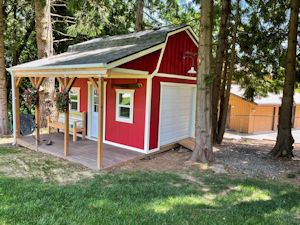 Please leave me a review: